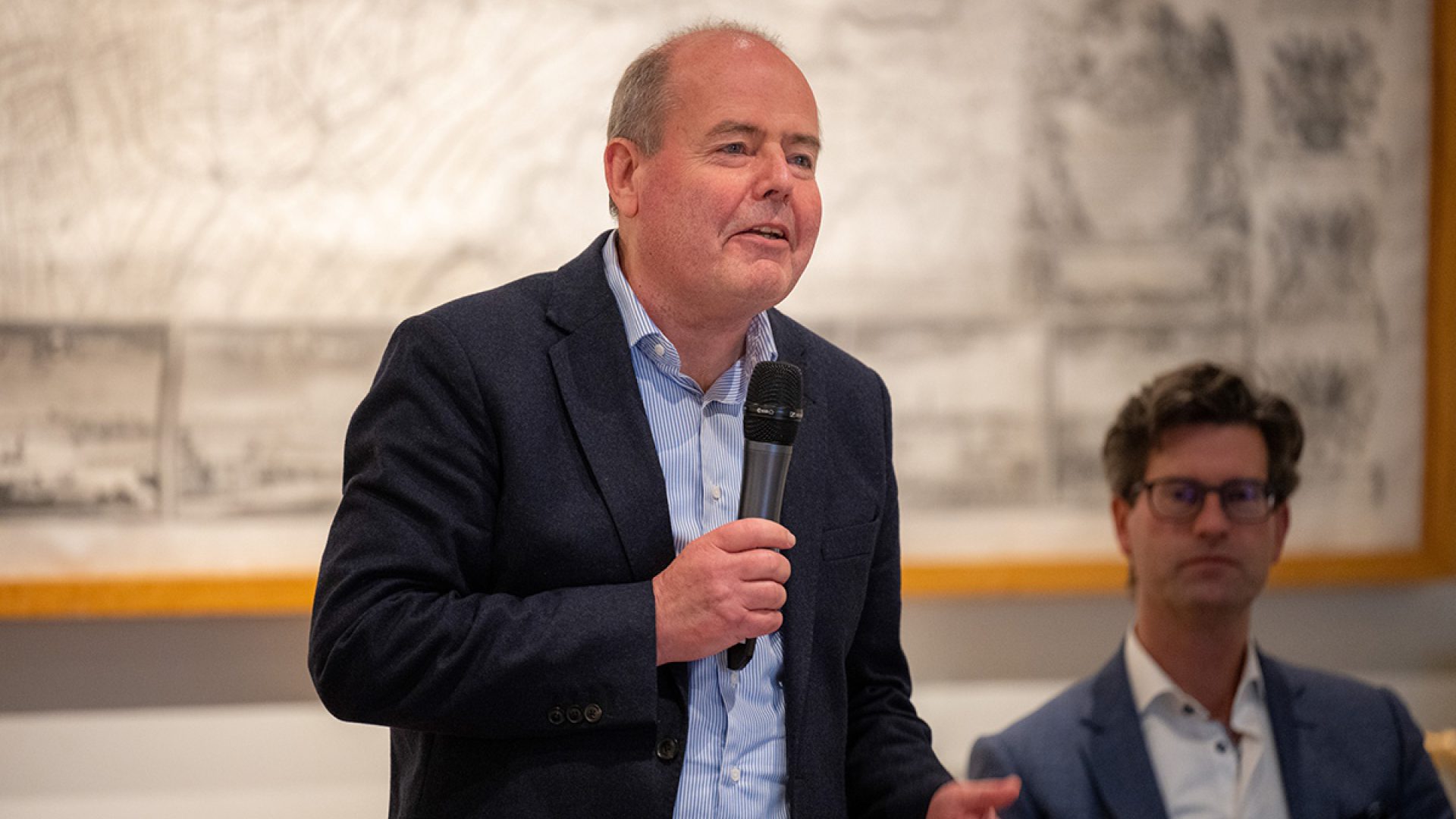 Professor Wiek van Gilst will be resigning as the DCVA executive chairman and scientific advisor to the Dutch Heart Foundation on 1 January. How does he look back on his work, in what way is the establishment of the DCVA the crowning achievement of his career, and how would he hope to find the cardiovascular field when he visits again in ten years' time?

If he had to do it over, he would have opted for technical studies. Not because Wiek van Gilst has ever regretted studying pharmacology or cardiology. “But technology also suits me: I enjoy working on it.”

The fact that he decided to study pharmacology was due to his school friend Menno, whose father was a chemist. The young Wiek and Menno did experiments in the lab at the chemist's shop. “At this time of year, we would have been making fireworks. Unfortunately, that adventurous journey of discovery came to an end when my friend lost a bit of his little finger.”

The love for chemistry remained but research turned out to be much more appealing than the chemist's lab and, after graduating in Utrecht and a doctorate in Groningen, he was given a permanent position in experimental cardiology. His particular focus there was on translating fundamental into clinical research.

That broad interest has served him well in recent years: if the DCVA under his leadership has focused on one thing, it has been organising the involvement of numerous neighbouring disciplines. Getting that enormously wide range of professionals to work together, from idea to application, became his great passion. As a parting gift, it has brought him an award: the Wiek van Gilst DCVA Collaboration Award, which he will present for the first time next year. “I'm already thinking hard about it. You're not rid of me yet.”

The big day will come on 1 January. What won't you miss?
“The most enjoyable part of my work is the creative side: developing a new idea and then discussing it with anyone who wants to listen. But once the decision has been made, a lot of practical work has to be done. This also includes things on the administrative side, even though everything has actually been settled. I'm won't miss the administrative work. But that's about it... I will mainly just miss a lot.”

You were there at the emergence of ACE inhibitors, which are now indispensable for heart failure and high blood pressure. Looking back, what are you most proud of? 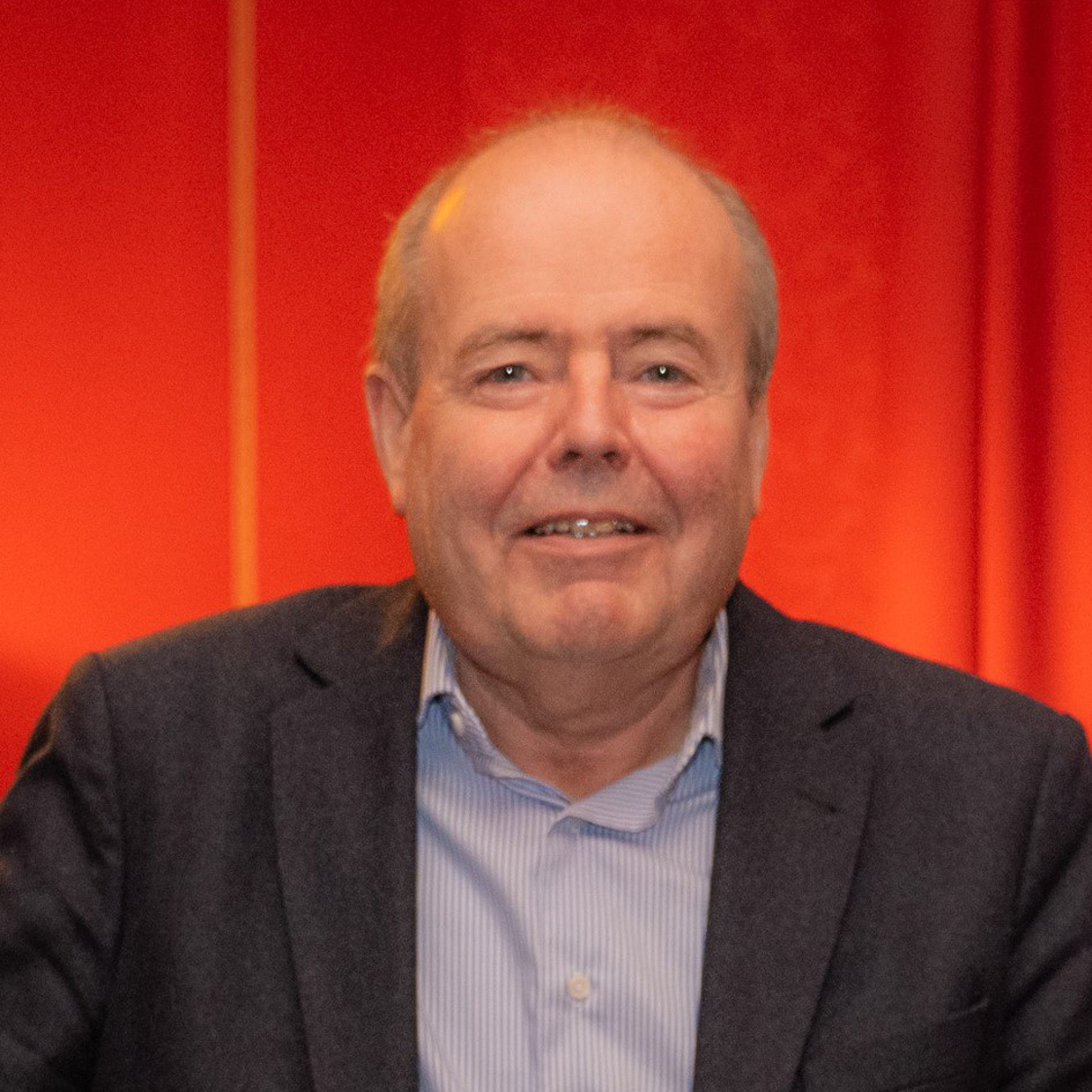 “I've always really enjoyed the basic research and then taking it a step further. The clinical application of ACE inhibitors was a major success for our group: you don't do this alone. Coming up with a rough idea with a PhD student and then getting the opportunity to talk about it with ten thousand people listening in on the American Heart Association's Hotline - that's how it was done last century. Those are highlights. But I would be truly proud only if I had discovered ACE. I met the man who did, who was the first to isolate the active substance from snake venom: a professor from Argentina who was working at Princeton. That did make an impression on me, not just the man but also his office full of diplomas. If you can make a new medicine available to people, then you really have achieved something. My work was just a small link in the chain. I think I'm proudest of the PhD students I've supervised.”

People always say you're very open to young talent. Is that right?
“My fellow director Dirk Jan Duncker counted 80 doctorates, I think it was 64: working with young people again and again, and being inspired by their questions and discoveries. You have supervisors who control everything. That was never my approach: I allowed students to assume responsibility and tried to establish an interaction. You talk a lot to each other, about how to move onto the next step. I think that's what I enjoyed most about my work.”

About twenty years ago, midway through your career, you started getting more and more active outside the research field. When did you think: I have to do more than research?

“As a young researcher, I went around visiting everyone: to see what they were doing, whether I could pick up something from them. You learn a lot from that and it gives you a good network of contacts. You soon find out who wants to collaborate and who doesn't. In the eighties, researchers often kept their cards close to their chest because they were worried about other people taking the credit. So there were a lot of people working on the same thing. This is good for individual results but not for progress generally. You never come up with an idea entirely on your own. We develop fastest by working together, whether as researchers or as administrators. And by the way, working with others is just more enjoyable.”

In your farewell speech at the Partner Assembly, you argued that good collaboration doesn't depend on feelings of friendship or money.

“I learned that from my two doctorate supervisors. They were very different. One of them, a cardiologist from Amsterdam working in Dürrer's group, was quite a blunt academic who just charged ahead; the other was a typical northerner, a more reserved, but also very socially-minded, general practitioner. They didn't get along very well but they did have a common goal: setting up translational research in Groningen. I have seen their efforts come to fruition and I realised that the success factors were not on the personal level. It's mainly a question of having a shared goal and what you are prepared to do for each other, of not begrudging each other a success. I also found out that you can't get people to work together just by giving them a bag full of cash. You have to have a good idea first. When you've got that, the money sorts itself out.”

Even so, that is what the Dutch Cardiovascular Research Foundation and the DCVA have done in the past fifteen years, partly under your leadership, by targeting large consortiums.
“Seen from a distance perhaps, and we have certainly learned a lot in that respect along the way. But in fact, we have always actually had a keen eye for the collaborative aspect. Committees were told to look at more than just academic value in their assessments: have you worked together in the past? do your fields complement each other? I think a call without guidance of this kind is weak, regardless of how many millions you offer.”

Do you see the DCVA, which you co-founded in 2018, as the crowning achievement of your career?
“That makes it sound like everything is done and dusted. That's not how I see it. It has been an important advance. The Netherlands is a small country; you are always running into each other. Cardiologists were already working together but this is collaboration at a higher level and it also involves professionals from outside cardiology. My dream as an administrator is to bring cardiovascular disease back into the spotlight and my academic dream is to eliminate cardiovascular disease. We're not there yet. But we have made a major step forward. The first of many.”

What should your successors focus on?
“It's good to see that twenty-one organisations are so willing to go down this road but it won't always be easy and there needs to be a strong focus. That's why, during my farewell address, I also talked about my mentors. It's not about friendship or money; it's about not begrudging each other success. Outsiders think cardiologists are unusual people and you could say the same about technicians. Every professional group has its own culture. At DCVA we don't just have two cultures but numerous different cultures side-by-side, with a shared interest. But you really have to search sometimes for a solution that enjoys broad support. At times like that, the trick is to keep on saying: but if we know this, can't we do it like this? Or like this? You need to take the time for that process.”

But these are adults we're talking about?
“Ha ha. You would be surprised. Let me stick to my own case: I came to the Heart Foundation after ten years at the Interuniversity Cardiology Institute of the Netherlands because of the tension I always felt between cardiologists and their biggest financier. You can keep on talking to each other but I wanted to look at things from a different angle. You can learn a lot from that. I can recommend it to everyone. And you can see what it has produced: we are working together now.”

What would you, in retrospect, have done differently?
“I did sometimes let things drag on too long, took too much time to move onto the next step. For example, I sometimes wonder if I should have stayed in Groningen for all this time and in cardiology for so long, even though I've actually had two careers: one scientific and one administrative. I certainly didn't get into a rut. But I'm really a builder and I don't find it easy to stop working on something, to hand it over to someone else, to close the door behind me. I sometimes have to tell myself to take time to develop and grow, a lot of time, but not too much. DCVA has grown and there is a lot of mutual trust but we also meet people who, even after a good conversation, will tell us that this is the point at which collaboration stops. And that's fine. It's not like there's only one road ahead. And you can't force people. Because that simply isn't what collaboration means.”

Shouldn't there be a course?
“I not much of a believer in courses as far as that goes. It's a question of knowing about life. It's more of an art, and you don't learn an art, or only to some extent, at a school. You have to invest a lot of yourself. You can organise a brilliant course in leadership and collaboration but leaders often just come to the fore spontaneously. They may include people like Ghandhi. But also a Trump. We can't guarantee anything but we invest a lot of energy and enjoyment in creating the ideal conditions for collaboration.”

Suppose you really do retire, and you come back in ten years with a suntan and visit a cardiology department. What would you hope to see and hear?
“I would hope to see a whole new generation of young faces, all people who are just as eager to get that disease burden down. Who are keen to tackle that job together. And I would hope, when I ask how high the disease burden of cardiovascular disease is today, to hear them say: nice of you to ask, Mr. Van Gilst, you should call the DCVA. And that the answer I get would be, not a 25% drop, but 26%. That would really be wonderful to hear.”